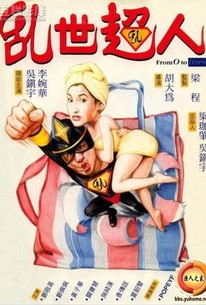 David Wu Tai-wai spins this yarn about a loser comic book artist named Joe (Francis Ng Chun-yu) who still lives with his overbearing mother and who has gained notoriety as the creator of the series "Superman in the Messy World" which features lots of graphic sex and violence. While his sleazy editor is pressing him to draw his female characters' breasts ever larger, a groundswell of irate concerned citizens protest his work, led by his own mom. When he gets fired from his job, Joe decides to become his own fantasy; he dons black leotards and a cape and starts to fight crime. Unfortunately, like the character in his book, he cannot help but to also take advantage of those he saves. ~ Jonathan Crow, Rovi

There are no critic reviews yet for From Zero to Hero (Luan shi chao ren). Keep checking Rotten Tomatoes for updates!

There are no featured reviews for From Zero to Hero (Luan shi chao ren) at this time.