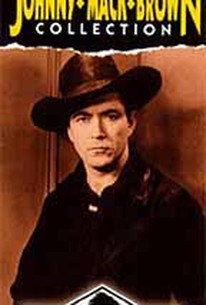 A rather corpulent Johnny Mack Brown more than fills the title role of Frontier Agent. Once more, Brown plays a government man, sent to the badlands to round up an elusive outlaw gang. And once more, he is aided and abetted by Raymond Hatton, an old codger who has a lot more on the ball than people suspect. Director Lambert Hillyer keeps things moving even when nothing much is happening. Though it usually adheres to The Expected, Frontier Agent has a few offbeat touches, just to keep the non-western fans awake.

William H. Ruhl
as The Marshal

There are no critic reviews yet for Frontier Agent. Keep checking Rotten Tomatoes for updates!

There are no featured reviews for Frontier Agent at this time.