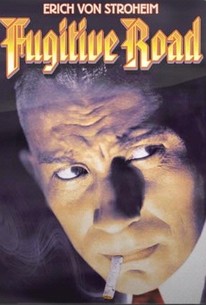 Down on his luck in 1934, Erich Von Stroheim accepted a leading role in the Chesterfield Pictures cheapie Fugitive Road, making lemonade from a lemon by offering his services as "supervisor of military detail" (according to some sources, he also contributed to the script). Set during WW I, the film concerns a menage a trois at a border outpost. The players in this romantic triangle are Prussian Captain Oswald Von Traunsee (Von Stroheim), escaped American gunman Riker (Leslie Fenton) and Russo-Hungarian refugee Sonia (Wera Engels). Flying in the face of his "Man You Love to Hate" image, Von Stroheim surprisingly ends up the hero of the piece -- but not before nearly forcing his attentions on the cringing heroine. Unlike most Chesterfield pictures, the bulk of which were photographed by M. A. Anderson, Fugitive Road was atmospherically lensed by Ted McCord.

There are no featured reviews for Fugitive Road at this time.