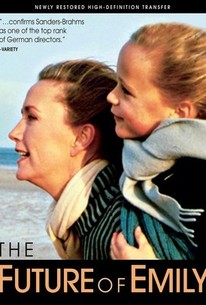 In this excellent drama centered around family relationships, especially that of parent and child, the problems of single motherhood are addressed from several perspectives. Isabelle (Brigitte Fossey) is a movie star in German cinema, and after she wraps a successful film in Berlin, she leaves to spend some time with her little daughter Emilie (Camille Raymond) and her parents in Normandy, France. Isabelle's mother Paula (Hildegarde Knef) was born in Germany and married her French husband after a romance that began in the war-ravaged city of Berlin. Isabelle's parents take care of Emilie while she is working because she insists on remaining a single mother -- although her lover follows her to Normandy and stays in a nearby hotel while she is with her parents. During a 24-hour period, the unresolved problems between Isabelle and her mother and father rise to the surface -- and cannot be ignored any longer. It is not an easy situation, especially since both parents are angry about some aspects of Isabelle's career and/or life that she may not be able to change. ~ Eleanor Mannikka, Rovi

Critic Reviews for The Future of Emily

There are no critic reviews yet for The Future of Emily. Keep checking Rotten Tomatoes for updates!

There are no featured reviews for The Future of Emily at this time.

The Future of Emily Quotes