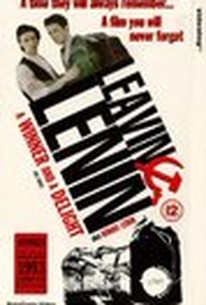 It's not very often that anyone outside of Wales gets to encounter substantial chunks of the Welsh language in spoken form. This story of a high-school group's trip to Russia is almost entirely in that language, with English subtitles. While the group is traveling overnight by train to their destination, the car the teachers are on is separated from the one containing the students, and the kids wind up in St. Petersburg (formerly named Petrograd, then Leningrad, then Stalingrad, and finally Leningrad once more before returning to its original name). There, each student has his or her own adventures as the teachers attempt to overcome their differences in order to get to the city the kids are in from wherever they got taken to in the back of beyond. ~ Clarke Fountain, Rovi

The director, Endaf Emlyn, previously made One Full Moon, and brings the same visual brio to this small-scale piece. It's benign, hard to dislike. But a little predictable.

There are no featured reviews for Gadael Lenin (Leaving Lenin) at this time.