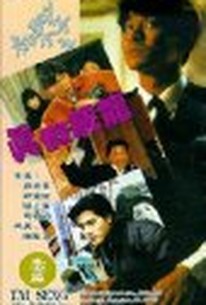 Gordon Chan Kar-seung directs this critically panned crime comedy starring Andy Lau Tak-wah as Wong Kau-tai, an idiot savant who is mistaken for the head of a massive and ruthless crime syndicate after his mobland doppelganger is arrested in India. Everyone quickly becomes concerned with Wong's bizarre behavior and his fascination with toys, especially his bodyguard Chung (Aaron Kwok Fu-shing) and the gang's number two guy Uncle Seven (Ng Man-tat). When Wong declares that the gang is getting out of crime all together, crime load Master Dragon (Yuen Woo-ping) orders his stunning hitwoman daughter Veronica Kwan (Rosamund Kwan Chi-lam), who looks fetching in a leather jumpsuit, to marry Wong, and then kill him. Sandra Ng Kwan-yu also appears. Rumor has it that director Gordon Chan was forced to direct this film by the triads.

There are no featured reviews for Game Kids (Ji Boy xiao zi zhi zhen jia wai long) at this time.