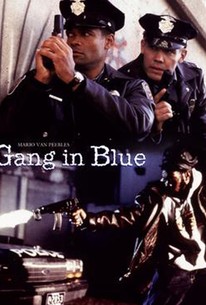 In this highly-charged police drama, Officer Michael Rhoades is becoming increasingly disturbed by the amount of white-on-black violence that has been escalating in his quiet town. He is especially disturbed that much of that interracial brutality is coming from the police. Rhoades calls they FBI but lacks sufficient hard evidence to warrant their involvement. Still determined, Rhoades launches his own investigation, but it is his young partner DeBruler whom makes the shocking discovery that connects the police department with a violent gang of locals.

Critic Reviews for Gang in Blue

There are no critic reviews yet for Gang in Blue. Keep checking Rotten Tomatoes for updates!

There are no featured reviews for Gang in Blue at this time.