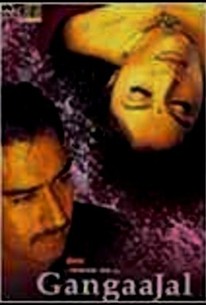 When Amit Kumar (Ajay Devgan) arrives to fill his new post as superintendent of police in the notorious Tejpur district of Bihar, he faces a virtual sea of corruption in director Prakash Jha's hard-hitting drama. It seems that virtually everyone in Tejpur has been bought out by Sadhu (Mohan Joshi) and Sundar Yadav (Yashpal Sharma) -- the self-proclaimed outlaw rulers of the town -- and the majority of the police force is no exception. Though Amit faces resistance from virtually everyone in sight when he attempts to rid the city of the criminal element, a formerly corrupt young officer named Bachha (Mukesh Twari) decides to back his new boss and do his best to put an end to the Yadav's reign of terror. When Bachha and three of his fellow officers take two of Sundar's henchmen into police custody and blind them with acid, the already volatile situation soon begins to boil over into chaos. ~ Jason Buchanan, Rovi

There are no featured reviews for Gangaajal at this time.