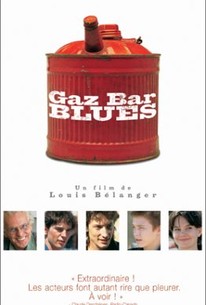 Director Louis Belanger follows up his debut feature Post Mortem with this introspective, low key, working-class comedy drama concerning relationships, responsibility, and father-son bonding. Affectionately referred to as "The Boss" by his friends, Mr. Brochu (Serge Theriault) has been running the full-service Champlain gas station with the help of his family for the past 15 years. Though his wife is long gone and he is beginning to suffer the effects of Parkinson's disease, he maintains the store well until his sons begin to express aspirations outside of the family business. An aspiring photographer, Rejean (Sebastien Delorme) makes way for Germany when he hears that the Berlin Wall is about to fall, and Guy (Danny Gilmore) seems to be more interested in developing his blues band than maintaining the pumps. At least young Alain (Maxime Dumontier) shows some interest in carrying on tradition, though, at age 14, he's hardly ready to take on all of the adult responsibilities that the job entails. ~ Jason Buchanan, Rovi

There isn't much of a story to Gaz Bar Blues, but there's a wealth of understanding of the human condition.

A nostalgic story of a family-owned gas station... [director Louis] Bélanger's film plays just a little cute, but is perceptive and light-footed in sketching the anxiety of the benevolent paterfamilias.

It cares enough about its creations to forgive a multitude of sins.

Despite the small canvas, Gaz Bar Blues manages to take on the universe.