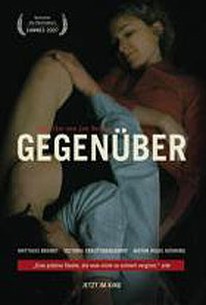 Respected by his fellow officers for his ability to keep a cool head in tense situations and admired for his storybook marriage, a policeman finds his picture perfect façade being slowly peeled back to reveal a coarse and bitter truth in director Jan Bonny's simmering psychological drama. Policeman Georg is precisely the man you would want on your side when it all starts to go wrong; not only does he work well under pressure, but he's also fair and kind. In addition to being a respected figure on the police force, Georg also seems to have found the perfect wife in pretty schoolteacher Anne. But things aren't always what they appear to be on the surface, and when Georg receives a promotion at work the domestic conflicts that had been simmering for years quickly heat to a violent boil. When the traces of domestic violence become too obvious to cover up, what will become of the couple that had managed to hide their vicious secret for so many years? ~ Jason Buchanan, Rovi

There are no critic reviews yet for Gegenüber (Counterparts). Keep checking Rotten Tomatoes for updates!

There are no featured reviews for Gegenüber (Counterparts) at this time.