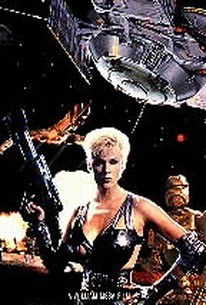 Many years before, police commissioner Otto Schatz (Robert Lindsay) was an ardent participant in the Nazi experience, and he still cherishes a profound (and secret) affection for Hitler. Now it is 1958, and all that is over and done with. He just does his job in a small Bavarian town in an ordinary way. Lately, however, he has been having some strange experiences. In fact, he's getting quite a taste for such classic kosher dishes as chopped liver and gefilte fish. It seems that he is being haunted by the ghost of a Jewish ventriloquist named Genghis Cohn (Anthony Sher) whose anti-Nazi routines earned him an early visit to the gas chambers. Together, this unlikely pair sets out to solve a serial killing. This odd comedy is based on the novel The Dance of Genghis Cohn by Romain Gary. One highlight of the film is lively performance by Diana Rigg as a man-hungry matron with lofty cultural pretensions. ~ Clarke Fountain, Rovi

There are no critic reviews yet for Genghis Cohn. Keep checking Rotten Tomatoes for updates!

There are no featured reviews for Genghis Cohn at this time.