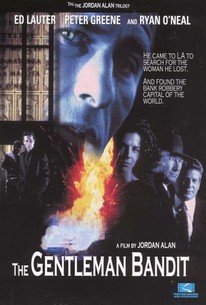 Thanks to an unknown informant, Nick Vincent (Charlie Mattera) is arrested and incarcerated on several counts of armed robbery. Vincent's accomplice, Manny Breen (Peter Greene) remains a fugitive.Eight years later, Nick is released from a New York prison and moves to Los Angeles to locate his ex-girlfriend Maria DeRazio (Justine Miceli).After reuniting with a reluctant Maria, Nick moves in with her and her eight year old daughter Ally (Kristina Malota). Maria is in the midst of an abusive relationship with her ex husband, police officer Manny Breen and does not want anything to do with Nick, but he convinces her of his rehabilitation.Reports of recent thefts trigger police surveillance on ex-con Harry Koslow (Ed Lauter), the owner of an apartment complex where Maria resides and police come to suspect a possible partnership with Nick.A recent rash of bank robberies subsequently plagues Beverly Hills. The assailant is said to be a well-dressed, handsome man with a band-aid over his nose as the only distinguishing mark. The robber has been dubbed by the press as the "Gentleman Bandit."Officer Breen becomes jealous when he suspects Nick's involvement in the robberies and wants a part of the action eventually leading to an explosive showdown on Rodeo Drive. -- © 2002 Pathfinder Pictures

Amounts to minimal entertainment with nothing to recommend it.

A very good, satisfying B picture with a lot of A virtues.

There are no featured reviews for Gentleman Bandit at this time.