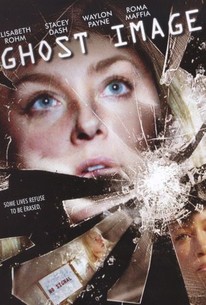 When a video editor loses her boyfriend in a car accident and begins receiving communications from him through her computer, she begins to question whether he has transcended the barrier between life and death, or her fragile psyche has finally cracked. Jennifer has lost her family, and she's been plagued by horrifying visions of her younger sister ever since. The night before Wade (Waylon Payne) died, Jennifer noticed a stalker shadowing her every move. Was Wade's fatal car crash really an accident, or is the truth far more ominous than Jennifer could ever suspect? As the investigation into Wade's death intensifies, his messages to Jennifer grow increasingly vivid, and the stalker's presence becomes more menacing.

Srikant Chellappa
as Habib the Mechanic

Jack Snyder
as The Superintendent
View All

The kind of movie that is best seen at about 3:45 a.m. on TV. At that hour, your mind is only half awake and is unable to think critically about the story that is unfolding.

There are no featured audience reviews yet. Click the link below to see what others say about Ghost Image!