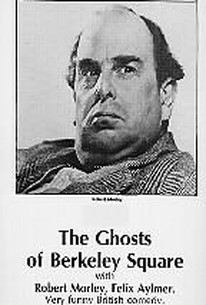 When two soldiers from the early 1800s try to rearrange their particular place in the scheme of the military hierarchy and manage to get themselves killed in the process, they are called before Queen Anne in the hereafter and sentenced to haunt a mansion until released by visiting royalty. Made entertaining less by the hackneyed plot line than by the photographic techniques used to make the ghosts assume human forms and the good cast.

Wally Patch
as Foreman
View All

There are no critic reviews yet for Ghosts of Berkeley Square. Keep checking Rotten Tomatoes for updates!

There are no featured audience reviews yet. Click the link below to see what others say about Ghosts of Berkeley Square!