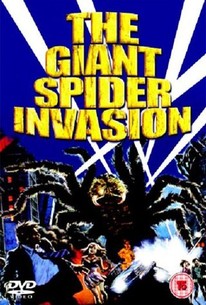 A very low-budget horror movie, with an horde of radioactive mutant spiders emerging from the depths of the earth to invade a small American town.

Paul Bentzen
as Billy
View All

Another fiesta de la feces from Bill Rebane, director of the infamous Monster A Go-Go. The giant monster spiders (which take FOREVER to finally show up) look like something your kid would make for a grade 4 science project. Production values are oh-so-slightly better than Monster, but it's not nearly as much fun to watch. Mediocre-bad, not hilarious bad. Yawn....