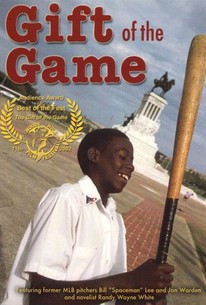 Filmmaker Bill Hanley follows former Boston Red Sox pitcher Bill "Spaceman" Lee, former Detroit Tigers pitcher Jon Warden, and a jovial group of baseball-loving fifty-somethings as they travel to Cuba with writer Randy Wayne White in hopes of documenting a missing chapter in the life of famed writer Ernest Hemmingway. When the Ernest and his son Gregory were living in Cuba, the literary icon founded a little league team and dubbed them the Gigi Stars so that his boy would have the opportunity to learn sportsmanship firsthand on the diamond. Years later, Ernest's grandson Lorian penned a letter to Florida novelist White detailing the story of the Gigi Stars. Now, with little more the address of Ernest's Finca to guide them, White, White and his baseball-loving pals load up with cartons full of baseball gear and set their sights on Cuba in hopes of meeting the men once coached by the author of such classics as The Old Man and the Sea and For Whom the Bell Tolls.

Bill Lee
as Himself

Jon Warden
as Himself

Randy Wayne White
as Himself

Critic Reviews for Gift of the Game

There are no critic reviews yet for Gift of the Game. Keep checking Rotten Tomatoes for updates!

There are no featured reviews for Gift of the Game at this time.

Gift of the Game Quotes