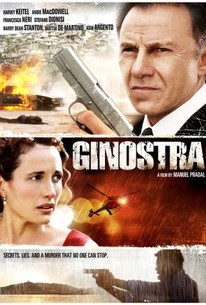 Arriving on the eponymous Sicilian island with his wife and child to investigate the murder of a would-be informant, FBI agent Matt Benson (Harvey Keitel) attempts to contact the only person who knows the truth behind the killing - the dead man's eleven-year-old son. As Benson races to reach the boy before the mafia, it's only a matter of time before the endangered boy meets the same fate as his father.

There are no critic reviews yet for Ginostra. Keep checking Rotten Tomatoes for updates!

There are no featured reviews for Ginostra at this time.