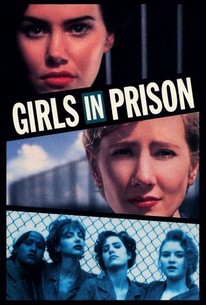 Sex, drugs, and rock & roll are all tied into this tangled (and campy) tale of the sordid side of the music business in the 1950s. Aggie (Missy Crider) is a young pop singer whose career is on the verge of a major breakthrough before she's framed for the murder of a record producer by the devious Jennifer (Anne Heche). Aggie finds herself sent up the river to the California State Penitentiary for Women, where she's befriended by a pair of fellow convicts, Carol (Ione Skye) and Melba (Bahni Turpin). Together, they struggle to survive under grim circumstances as they plot their escape. Will Aggie be able to clear her name? Will Carol find the kind of love she's been looking for? And most importantly, will the inmates get to take a long, hot shower? Girls in Prison was co-scripted by legendary director Samuel Fuller and directed by John McNaughton; the film, an in-name-only remake of the 1956 exploitation classic, was produced for the Showtime premium cable network as part of their Rebel Highway series.

Tamara Clatterbuck
as Actress on Newsreel

Mil Nicholson
as Warden
View All

Critic Reviews for Girls in Prison

Sleaze-lovers left unaroused by Pecker might do well to take a peek at this rather divine trash.

Audience Reviews for Girls in Prison

There are no featured audience reviews yet. Click the link below to see what others say about Girls in Prison!