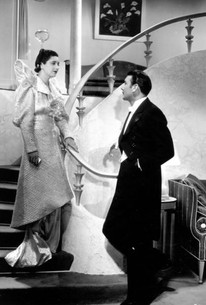 Give Me Your Heart Photos

Kay Francis, Warner Bros.' resident "wronged woman," was the star of Give Me Your Heart. Francis plays a socialite whose illicit romance with married Patric Knowles results in a baby. When the father, a titled Englishman of means, declares that the child would be better off in his care, Ms. Francis suffers luxuriously in a series of fashionable evening gowns. She finds lasting happiness in the arms of attorney George Brent. Give Me Your Heart was based on Joyce Carey's stage play Sweet Aloes, and bore that title when released in Great Britain. ~ Hal Erickson, Rovi

Else Petersen
as Young Woman

Eric Wilton
as Johnson the Butler

Helena Grant
as Nurse
View All

Critic Reviews for Give Me Your Heart

Timed to the last eyelash by Roland Young, this is a classic bit of fun.

Kay Francis in a story about mother love which may make you wonder how anyone so well dressed could feel so terrible.

There are no featured reviews for Give Me Your Heart at this time.

Give Me Your Heart Quotes