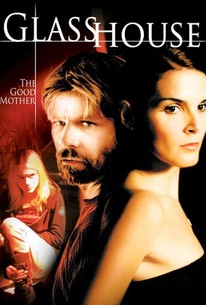 In this follow-up to the 2001 thriller The Glass House, young siblings Abby and Ethan are adopted by outwardly perfect parents Eve and Raymond Goode, only to find that that their new guardian's remote mansion is far from the idyllic abode that it initially appears to be. Angie Harmon and Joel Gretsch star in a skin-crawling domestic thriller that was scripted by Brett Merryman and marks the directorial debut of longtime actor Steve Antin. ~ Jason Buchanan, Rovi

Feels like it was cobbled together from stray moments of the original Glass House and just a few random threads stolen from whatever was on The Lifetime Channel at any given moment.

Angie Harmon is particularly good as the unhinged mama.

The acting was superb but there were just too many plot holes that I could spot. Not a bad stand alone sequel to the Glass House series. Moral of the story: Don't be a little brat.

Not as good as the first one, but still pretty creepy.

Abby (Jordan Hinson) and her bother Ethan Snow (Bobby Coleman) are adopted by a husband and wife. The two children are very happy with their new home and parents but Abby becomes concerned when she finds out that her brother Ethan has become mysteriously ill with food poisoning and soon begins to fear for their life. Angie Harmon and Jordan Hinson are very good in the main female roles and the former make for a compelling villain and give an outstanding performance as a rather moody and unstable mother who is an abusive control freak. Joel Gretsch is the doting husband who allows her to get away with murder...literally. There is a bit of suspense and some thrilling moments....worth watching at least once.