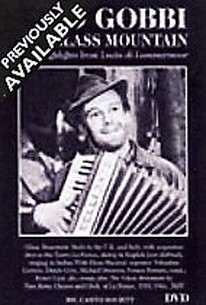 A composer discovers that the inspiration for his greatest work may come at the expense of his marriage in this romantic drama with music. Richard Wilder (Michael Dennison) was a pilot with the RAF during World War II and was shot down over the Dolomite Mountains of Italy during a mission. Wilder's life was saved by Alida (Valentina Cortese), a beautiful woman working with the anti-fascist resistance who rescued him after his crash. After the war comes to a close, Wilder returns home to England and his wife Ann (Dulcie Gray), where he begins writing an opera based on the legends of Dolemite, as passed along by the peasants of the region. However, his home in England does not prove to be a conducive creative environment, so he travels back to Italy, where he spends time with Alida and is able to complete his work. However, he begins to fall in love with Alida, and he soon finds that he must choose between his muse and his spouse. Acclaimed classical vocalist Tito Gobbi appears as himself and sings several selections. ~ Mark Deming, Rovi

There are no critic reviews yet for Glass Mountain. Keep checking Rotten Tomatoes for updates!

There are no featured reviews for Glass Mountain at this time.