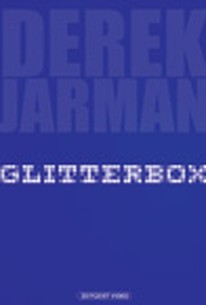 This British film represents the farewell of author/director Derek Jarman who died of AIDS in March 1994. It is considered to be the companion piece to Jarman's film Blue. Without a traditional plot, the film chronicles Jarman's life before AIDS with a series of free-flowing images gleaned from over 15 hours of Jarman's home movies taken between the years 1970-1985. London provides the central image, but other places seen include Italy, Spain, and rural England. The glittering parties filled with drag queens, drugs, and interesting people before the onset of AIDS are also chronicled. ~ Sandra Brennan, Rovi

There are no critic reviews yet for Glitterbug. Keep checking Rotten Tomatoes for updates!

There are no featured reviews for Glitterbug at this time.