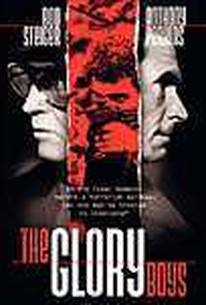 Set in London, this three-part British miniseries was adapted by Gerald Seymour from his own novel. A visiting Israeli scientist was targeted for assassination by two different terrorist organizations: one Irish, one Arab. After working at cross-purposes for an extended length of time, the hired killers from both factions decided to join forces to carry out their murderous assignment. American actors Rod Steigerand Anthony Perkins headed the cast of The Glory Boys, which originally aired over Yorkshire Television from October 1-3, 1984. ~ Hal Erickson, Rovi

Critic Reviews for The Glory Boys

Neither the film's techniques and pacing nor its fashions have aged well in the decades since its first airing.

There are no featured reviews for The Glory Boys at this time.