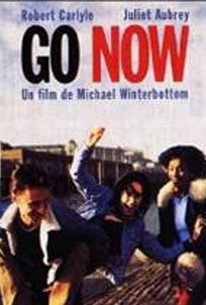 This provocative British comedy-drama provides an unsentimental chronicle of a vibrant young man who discovers that he is suffering from multiple sclerosis, and of the woman who loves and supports him. The afflicted man is Nick who loves life and spends his free time playing soccer and hanging out with his pals. One day he meets Karen and they end up moving in together. Their happiness is interrupted by a series of puzzling symptoms that begin to plague Nick. Karen, who has had more education, begins to fear that he has MS, but she says nothing to him. He goes in for rigorous medical tests and Karen's private diagnosis is confirmed. The disease gradually destroys the central nervous system and soon Nick is unable to pursue the things he most enjoys. He begins to retreat into himself and become increasingly bitter and irritable. Despite his anger and pain, Karen stays beside him. At one point, after he is no longer able to have sex, he accuses her of sleeping with her boss. But still the loyal Karen remains until the story's surprising conclusion.

Dave Schneider
as Doctor No. 1

Jenny Jules
as Doctor No. 2

Cal McGregor
as Man in Wheelchair

Roger Ashton-Griffiths
as Walsh
View All

A story of the heart brought beautifully to life.

Although Winterbottom intended this tale of serious illness to escape the grip of melodrama, that's exactly where it ends up.

There are no featured audience reviews yet. Click the link below to see what others say about Go Now!