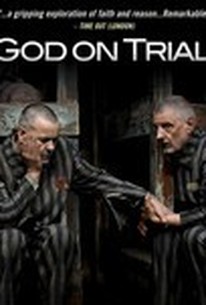 In a universe presumably ruled by a benevolent, all-powerful God, how can events such as the Holocaust possibly come to pass? This is the question posed by a group of inmates in Auschwitz, the Third Reich's most notorious death camp, in this reflective war drama written by Frank Cottrell Boyce (Millions, Code 46), and directed by Andy DeEmmony (Filth: The Mary Whitehouse Story). Realizing that their extermination is imminent, the prisoners attempt to make sense of their fate by putting God on trial. How is it that the deity they call the Almighty could abandon His chosen people in their hour of need? As the sound of prisoners being marched to the gas chambers drifts hauntingly through the walls, the trial gets underway. The questions posed during the inquest are profoundly difficult and deeply complex, and as the hour draws near when they, too, will face death at the hands of their captors, the thoughtful prisoners finally reach a verdict. ~ Jason Buchanan, Rovi

Critic Reviews for God on Trial

There are no critic reviews yet for God on Trial. Keep checking Rotten Tomatoes for updates!

Audience Reviews for God on Trial

There are no featured audience reviews yet. Click the link below to see what others say about God on Trial!