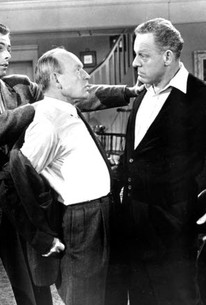 Singer Molly Bee once commented ruefully that her films were shown only to captive audiences in jails and reformatories. One suspects that Ms. Bee's Going Steady had a few paying customers, since no Sam Katzman production of the 1950s ever lost money. In this one, Molly plays high schooler Julie Ann, who secretly marries boyfriend Calvin (Alan Reed Jr.) so that she can accompany his basketball team to an out-of-town game. The fun really begins when Julie Ann finds out that she's pregnant--depending, of course, upon one's interpretation of the word "fun". Going Steady was shipped out on a Columbia double bill with another Sam Katzman epic, Crash Landing. ~ Hal Erickson, Rovi

Ralph Moody
as Justice of the Peace

There are no critic reviews yet for Going Steady. Keep checking Rotten Tomatoes for updates!

There are no featured reviews for Going Steady at this time.