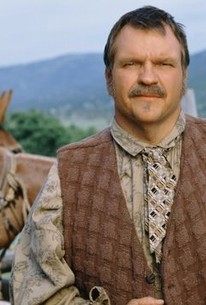 Set in 1850s California (but actually filmed in Utah), this made-for-TV movie features Jena Malone as title character Lucy Whipple. The emphasis, however, is on Lucy's "mule-stubborn" mother Arvella Whipple (Glenn Close), who defies 19th century sexual stereotyping to try her luck as a gold prospector. Stuck in the ill-named California mining village of Lucky Diggins, Lucy is convinced that her maw is a bit "tetched" in the head. It takes a chance encounter in the nearby woods to show Lucy that perhaps Arvella is not as foolish as she seems, and that California is not the muddy hellhole that it appears to be at first glance. Adapted from a novel by Karen Cushman, Golden Dreams: The Ballad of Lucy Whipple was first broadcast by CBS on February 18, 2001.

Wilford Brimley
as Scraggs
View All

Critic Reviews for Golden Dreams: The Ballad of Lucy Whipple

The going gets better later on, but despite the work of the lead ladies, the effort as a whole remains firmly in the realm of the mediocre.

Malone, who starred previously in Anjelica Huston's cable-TV version of Bastard Out of Carolina, is the genuine thing.

Audience Reviews for Golden Dreams: The Ballad of Lucy Whipple

For what is basically a Hallmark movie on the prairie this has a surprisingly high grade cast who all make more of the material than the script would normally provide.