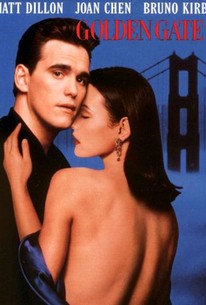 Playwright David Henry Hwang (M. Butterfly) wrote this ambitious epic that attempts to examine the communist witch hunts of the 1950s, racial prejudice, abuse of governmental powers, guilt, and suicide. The film begins in 1952 as an eager young FBI recruit, Kevin Walker (Matt Dillon), finds himself assigned to root out communist subversives in San Francisco's Chinese community. Unable to find evidence of communist influence anywhere, Kevin is pressured by the FBI office to get indictments anyway. As a result, Kevin drags innocent Chinese laundry man and labor organizer Chen Jung Song (Tzi Ma) into court on trumped up charges and Song is sent to prison. The film then shifts to 1962, and in the intervening years, Kevin's guilt at what he has done has grown into an obsession. But when Song is newly released from prison, he finds himself once again tracked by Kevin. Song, emotionally unable to deal with his new freedom, kills himself by jumping from the Golden Gate Bridge. Kevin, shattered, now decides to look after and protect Song's daughter, Marilyn (Joan Chen). Gradually, from his role as Marilyn's protector, Kevin's feelings of concern turn into love.

Howard Swain
as Agent
View All

There are no critic reviews yet for Golden Gate. Keep checking Rotten Tomatoes for updates!