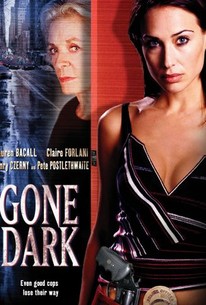 A cop takes desperate measures to protect her identity in this urban thriller. Monica (Claire Forlani) is a police detective who has been sent undercover to crack open a drug-dealing operation run by Gale (Pete Postlethwaite). However, maintaining her cover has taken a heavy toll on Monica -- she's become romantically involved with Gale, and is now addicted to heroin. To make matters all the more dangerous for her, Monica has also been having a relationship with Denny (Henry Czerny), Gale's second in command. Denny lives in the same apartment building as an elderly woman named May (Lauren Bacall); Denny and May often get each other's mail, and as a result occasionally pass misdirected letters back and forth. When Denny is found dead, Monica begins to suspect that May might have a package from Denny that could blow her cover and reveal her true identity to Gale; desperate to find out how much May knows and what she could prove, Monica takes her hostage, but neither is sure what Monica will do when her need for heroin takes hold. Produced under the title The Limit, Gone Dark was the first directorial effort from producer and assistant director Lewin Webb.

Lauren Bacall
as May

There are no critic reviews yet for The Limit (Gone Dark). Keep checking Rotten Tomatoes for updates!

There are no featured audience reviews yet. Click the link below to see what others say about The Limit (Gone Dark)!