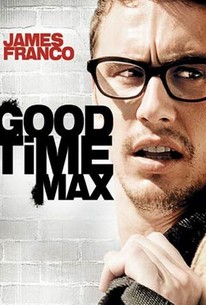 Actor James Franco wrote and directed this independent drama about two siblings who are by turns raised up and brought down by the bonds of family. Max (James Franco) boasts a genius level IQ, and his brother Adam (Matt Bell) is nearly as bright, but while Adam has the common sense and ambition to make something of his gifts, Max's greatest talent seems to be getting into scrapes and disappointing those around him. Adam has a successful practice as a doctor in New York City, but when Max foolishly tries to swindle some well-connected drug dealers, he has to leave the Big Apple, and somehow persuades his brother to take him to California. On the West Coast, Adam is able to use his medical background to get a lucrative new job, and Max fast talks his way onto the staff of a computer firm. However, Max's inability to stay on the straight and narrow and face his responsibilities quickly resurfaces, and when he starts using crystal meth, he loses his job. Adam also experiences a stretch of bad luck and loses his job, and as a sense of desperation takes hold, he starts joining Max in his drug fueled excesses, leading both down a road to destruction. Good Time Max received its world premiere at the 2007 Tribeca Film Festival. ~ Mark Deming, Rovi

Madalyn Lester
as Receptionist
View All

There are no critic reviews yet for Good Time Max. Keep checking Rotten Tomatoes for updates!

James Franco has a lot more skill than I used to be aware of. With this film, he shows promise as a writer and director, and proves once again that he is an exceptionally gifted actor. A lot of the material in Good Time Max is recycled, and the narrative focus arguably meanders at times. Nevertheless, I was emotionally compelled by these characters and situations (maybe for personal reasons), and I think the movie's strengths outweigh its weaknesses. Imperfect, to be sure, but very good.

It's nice to see James Franco in a small film. I enjoy drug movies, just because it always tells an interesting story.