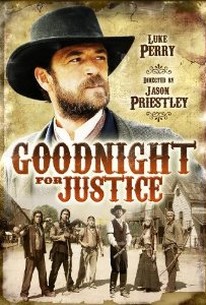 A Circuit Judge of the Western Territories seeks vengeance against the outlaws who killed his family in this tense western drama starring Luke Perry. As a child, John Goodnight watched helplessly as bandits killed his parents in cold blood. Years later, Goodnight (Perry) has become a circuit judge. His lifelong mission: bring justice to the Western Territories, and ensure the leader of the outlaw gang pays for his crime. Upon getting his target in his sights, however, Goodnight finds his powerful thirst for vengeance overpowering his enduring quest for justice.

Critic Reviews for Goodnight For Justice

There are no critic reviews yet for Goodnight For Justice. Keep checking Rotten Tomatoes for updates!

Audience Reviews for Goodnight For Justice

So it is a Hallmark movie. But even so, it was fun to watch - and root for Luke.