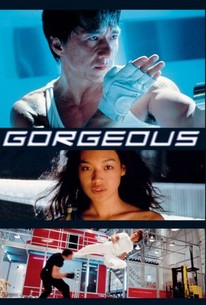 International action star Jackie Chan shifts gears in Bolei Cheun, in which martial arts are put on the back burner and romantic comedy is in the forefront. Bu (Shu Qi), the daughter of a pair of Taiwanese restaurant owners, one day finds a bottle floating near the docks with a message inside. The note reads, "Do you know I'm waiting for you?" and is signed "Albert," with an address in Hong Kong attached. Bu, convinced this is her destiny, flies to Hong Kong to meet the mysterious Albert, only to find he's a gay cosmetologist (Tony Leung Chiu-wai) who intended for the note to be found by his ex-boyfriend. But Albert is understanding and lets Bu stay at his apartment. Albert lets Bu tag along for a photo shoot he's working and she meets multi-millionaire C.N. Chan (Jackie Chan) when she helps him ward off a gang of toughs hired by L. W. Lo (Emil Chow), who became Chan's enemy in their schooldays and is still out to make his life miserable. Chan is single and a bit lonely, and quickly finds himself attracted to Bu. Bu discovers she likes Chan as well, but things become sticky when her boyfriend flies in from Taiwan to find out what she's done -- and Lo sends an American martial arts champion out to kidnap Chan's new love. While Bolei Cheun does feature a few sequences displaying Jackie Chan's unique fighting style and acrobatic dexterity, the emphasis is on the story and characters rather than the action, with Chan in a rare romantic lead, Leung cast against type and Shu Qi dominating most of the film's first act.

Appears as if designed for preteens; even when the film is supposed to end with a mushy kiss, the stars resort instead to the awkward substitute of a mild hug.

Lots of slapstick and not a lot of plot.

A few good fight scenes save this from total hell. The romance just doesn't work. It's not cute or funny. Check out Miracles for the real deal. This is barely watchable.

This is a Jackie Chan movie with a difference, it is also a romantic film. The same Jackie Chan trademarks are exhibited, the action scenes and the humour, but the romantic angle is fuller than in his other films. The characters are well chosen and believable. The action scenes are up to Jackie Chan's usual standard with plenty of humour mixed in. The movie as a whole is excellent.

Great action. Qi Shu steals your heart. Cameos from all kinds of Hong Kong stars including Stephen Chow. What more do you want out of an action movie?

With several fight scenes - the two with the agile Allan are mini-classics and Jackie's one with baseball bats is highly inventive.

The other side of Jackie - a romantic dramatic side - but alright - the fight scenes with the kick boxer is really GOOD! (the guy is actually one of Jackies stuntmen)