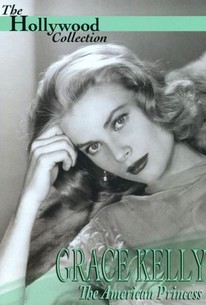 From the 28-tape biography series The Hollywood Collection comes a comprehensive account of a real-life fairy tale, the story of Grace Kelly. Born to a wealthy Philadelphia family, Kelly was once one of the most sought-after movie stars in Hollywood. She gave up her glittering career to marry the Prince of Monaco and to become Her Serene Highness Princess Grace. This program provides an in-depth look at her rise to stardom, her reign as princess, and the tragic car crash which took her life. The glamorous tale unfolds with never-before-seen home movies, interviews with stars, friends, family members, and clips from Kelly's early television performances, as well as her finest films, including High Society, Rear Window, Dial M for Murder, and High Noon. It's a star-studded profile of a beloved American icon.

There are no critic reviews yet for Grace Kelly: An American Princess. Keep checking Rotten Tomatoes for updates!

There are no featured audience reviews yet. Click the link below to see what others say about Grace Kelly: An American Princess!