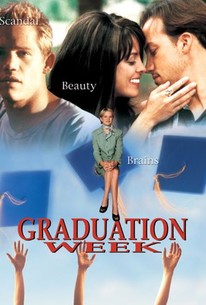 Three over-achieving students struggle to maintain their ultra-confident images in order to win the prestigious Sterling Chase award at stuffy, tradition-bound Chadley College. Senator's daughter Alexis (Nicholle Tom), tries to get back in the closet to appease her controlling parents, even if it means jettisoning her girlfriend Chris (Devon Odessa). As one of the college's few African American students, Darren (Sean Patrick Thomas) enjoys the seeming acceptance of his brothers in the frat-like Wolf Club, though he remains troubled by lingering suspicions that he is there just to fulfill minority quotas. Meanwhile, though Jenna (Alana Ubach), the campus' most outspoken and assertive feminist, actively pursues one-night stands as a part of her denouncement of the patriarchal oppression of women, she quietly reveals her vulnerable side by admitting to her friend "Buns" (John Livingston) the real reason she has thwarted commitment. During the course of a 48-hour period, the three reexamine their lives and learn a bit in the process. The Sterling Chase was screened at the 1999 Mill Valley Film Festival.

There are no critic reviews yet for Graduation Week. Keep checking Rotten Tomatoes for updates!

There are no featured reviews for Graduation Week at this time.