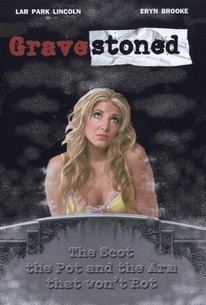 A pair of unemployed pot farmers attempts to break into the film industry by shooting a low-budget horror movie, but make the fateful mistake of using an actual corpse's arm as a prop. When the corpse realizes that one of its most important appendages has been severed, it sets out to recover the arm and get revenge on the filmmakers. The first horror film produced especially for stoners, Gravestoned features Lar Park Lincoln (Friday the 13th Part VII: The New Blood and Erin Brooke (The Lawless).

Thank goodness for the tracks

There are no featured reviews for Gravestoned at this time.