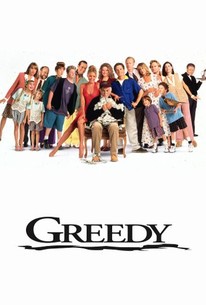 This comedy-drama follows the exploits of a family of vultures waiting for wealthy uncle to die. Uncle Joe McTeague though wheelchair bound, is mean, manipulative, fussy, and unpleasant. He is however, filthy rich. He is surrounded by three obsequious relatives who do everything they can to get on the heirless Joe's good side. They outwardly adore him bringing him stuffed birds, compliment him; they have even named their children for him. But the truth is, they hate his guts and he knows it. They don't like each other much either. They are united only by their love of his money. When they discover that he has hired a ravishing young woman to be his "nurse," they are panic stricken that she will get the inheritance. Together they hatch a plan. They will find his estranged favorite nephew Daniel McTeague Jr., son of Joe's left-wing brother. Daniel is best remembered for his cutesy imitations of Jimmy Durante. Daniel the man is now a struggling pro-bowler with an arthritic wrist. All he really wants is to open his own bowling alley, but he too becomes intoxicated by greed.

Vince Morton
as Uncle Vince at the Piano

Chris Schenkel
as Himself
View All

Surprisingly sharp and funny. Fox, Douglas, and Travis are gems.

The movie has a promising first act, and then makes the mistake of taking its silly story seriously, with dreadful results: The last two-thirds of this movie plays like a sitcom without the laugh track -- or the laughs.

...a decent premise that's employed to watchable yet erratic effect...

All in all, the McTeagues are a throughly unpleasant, back- biting group, complete with a boozer wife and a philandering husband, but not a particularly funny family.

One of those "breathless ensemble farces" that I always seem to like. (See also: "Clue" & "Noises Off")

"Greedy is a great title for this film considering all the crazy money hungry characters that are in this flick. I remember seeing this a long time ago. I couldn't remember what it was all about, so I decided to give it another look. It's funny, silly, cheesy, and at times, acted poorly. Kirk and Fox are the stars of the show. They are great together on screen. Uncle Joe strategically puts his family members against each other to see how far they will go to try and win him over for his milions. There is always some kind of scheme going on whether it's coming from Uncle Joe or his crazy nieces and nephews. It was a fun watch. I wouldn't mind seeing it again later on down the road."

Great wickedly funny comedy of heirs and Michael J. Fox & Phil Hartman were hilarious by fighting each other. Hartman is terrific as the nastiest family member.

this was a delightful film. another example of michael j fox films no one remembers but that are worth remembering.