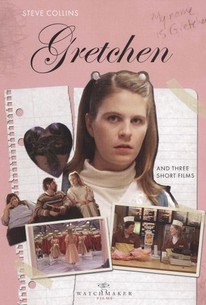 A geek girl can't help falling for boys who are even bigger losers than she is in this independent comedy from writer and director Steve Collins. Gretchen Finkle (Courtney Davis) is a 17-year-old high school student who has been going through an awkward phase for most of her life. Gretchen has a lamentable fashion sense, she's socially inept, and she has a habit of falling head over heels for the greasiest and most burnt out guys at her school. Gretchen's latest romantic obsession is Ricky, a particularly notorious local hesher, and her mother becomes so concerned about Gretchen's crush that she ships her daughter off to an in-patient emotional therapy clinic to sort out her confused and unstable emotional condition. Gretchen tries to go along with therapy, but decides she needs to set out on a journey of self-discovery if she's going to get to the bottom of her neuroses and her obsession with loser guys in time for the senior prom. Gretchen received the award for Best Narrative Feature at the 2006 Los Angeles Film Festival.

As Steve Collins' Gretchen proves, not all Amerindies on the festival circuit are made by guys you'd expect to run into in a John Cassavetes festival.

A beautiful, delicate look at the nasty pains of teenage relationships. And Gretchen could totally kick Napoleon Dynamite's butt.

A smooth debut, a very confident and funny piece of filmmaking.

There are no featured audience reviews yet. Click the link below to see what others say about Gretchen!