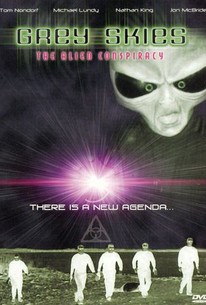 As two different extraterrestrial races attempt to overpower mankind and stake their claim planet Earth, it's up to the humans to defend their place in the solar system and take on their intergalactic oppressors in a nail-biting sci-fi thriller from director Kevin Lindenmuth. The malevolent Greys want to wipeout the inhabitants of Earth by destroying the planet in a powerful nuclear blast, but the Morphs are determined to overthrow man and preserve the third rock from the sun in order to sustain their dying race. With trouble coming from both sides of the cosmos, mankind prepares to make their last, desperate stand.

There are no critic reviews yet for Grey Skies. Keep checking Rotten Tomatoes for updates!

There are no featured reviews for Grey Skies at this time.