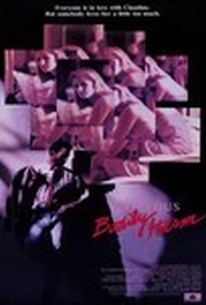 In this stylish and smart 1988 thriller, reporter Tom Stewart accidentally falls on the wrong side (not that he's ever on the right side) of the law during a psychotic killer's spree of murders. Stewart's no angel having already stolen money from a car wreck. At the center of the killings is Morris Martin, a schoolteacher on a rampage supposedly searching for his "dead" wife. As Martin's killings become progressively more violent and heat from the police increases, Stewart is forced to hunt Martin down himself, teaming up with crooked cop Ray Birch to do so. Stewart and Birch eventually corner Martin, but have no idea the mystery they'll uncover when they find him. ~ Brian Whitener, Rovi

Grievous Bodily Harm is directed with hard-edged efficiency and a meticulous attention to detail, all the way up to the final sequence. Then it goes soft in the head.

There are no featured reviews for Grievous Bodily Harm at this time.