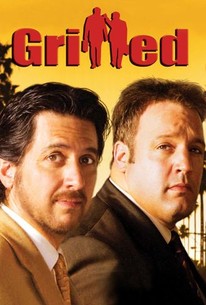 Two down-on-their-luck meat salesmen struggling to make a buck find that sometimes you have to grill your clients to secure the sale in this rib-tickling comedy that teams King of Queens star Kevin James with Everybody Loves Raymond star Ray Romano. Maurice (Romano) and Dave (James) have been issued an ultimatum by their frustrated boss: move some meat or hit the street. Now forced to make the sale of a lifetime or face a grim fate working behind the counter of the local butcher, the two hapless meat-slingers set their sights on a foolproof prospect that promises to provide just the funds needed to keep them afloat. Unfortunately for Maurice and Dave, their perfect plan leads them into the company of some very bad men, and now with their jobs on the line and their lives hanging in the balance, these two scheming salesmen must finalize the big deal and get the money back to the boss before they end up in the freezer with the rest of the dead meat.

Ariel Winter
as Dolly
View All

Some would believe that by just having Romano and James in a film together that there's already nothing. And that's about 90% true.

I suppose there's a great comedy to be made on the subject of door-to-door meat salesmen... Actually, there probably isn't.

This film for me was pretty much a flop, I?m guessing it was for most people, as it?s not a film I?ve heard too much about ? a bit of a shame really, with the two lead Actors being great TV Comedy Actors. The film lacked any originality or strong storyline and really only had a couple of comical moments. It wasn?t unbearable, but definitely a disappointment.