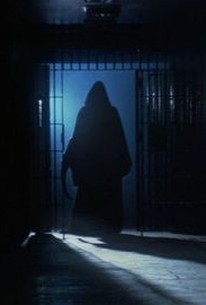 Rachel Wilson has survived a car accident that by all accounts should have killed her, and when the Grim Reaper discovers that a mere mortal has escaped the cold grasp of death, he acts quickly to ensure that the young woman's reprieve is short-lived. Rushed to the emergency room after the devastating accident, Rachel struggles to remain conscious as she rails against the doctors and nurses while making the curious claim that death is fast closing in on her. Perplexed by her strange claim and concerned that she may be suffering from brain damage or mental trauma, the doctors soon commit Rachel to a high security mental health facility. When Rachel discovers that the six other patients in the ward also cheated death, the desperate group bands together to do battle against the ultimate supernatural foe.

There are no critic reviews yet for Grim Reaper. Keep checking Rotten Tomatoes for updates!

I usually enjoy slasher type films, But for some reason this one just plain suxs, the only enjoyable part was the little blond (Hide that Bulge Baby) running around telling everyone what to do. Hey she can make me pancakes any time, yes I know to the female world I am a dog. I wouldn't even get this at a pawn shop for 2 bucks, Trash It