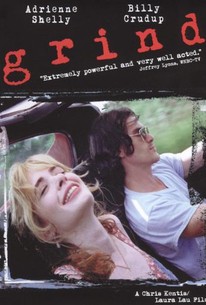 A young man trying to break out of his blue collar life in New Jersey finds himself snared by a web of crime and deceit in this independent drama. Just released after an 18-month stretch in prison, 20-year-old Eddie Dolan (Billy Crudup) has few prospects and nowhere to go, so he appears on the doorstep of his older brother Terry (Paul Schulze). Terry takes him in, giving him a place to stay and helping him get a job at the factory where their dad Nick (Frank Vincent) has worked nearly all his adult life. However, times are not happy around the Dolan household; money is tight, and Terry's relationship with his wife Janey (Adrienne Shelly) has been rocky since the birth of their first child six months before. Eddie starts earning some extra cash by joining up with a group of car thieves pulling insurance scams, and in time, he makes enough money to buy a muscle car, which he races in his spare time. On the night shift at the factory, Eddie spends his days working on his car, while Janey, bored with her new role as a stay-at-home mom, starts spending more and more time with him; eventually they move past friendship into an affair, which like Eddie's involvement with the carjackers becomes only more dangerous in the weeks to come. Grind marked the feature debut for writer/director Chris Kentis; Billy Crudup's appearance predated his breakthrough roles in Inventing the Abbotts and Everyone Says I Love You, though both of those films were released before Grind could find a distributor.

Joe Pallister
as J.J.
View All

There are no critic reviews yet for Grind. Keep checking Rotten Tomatoes for updates!

This movie plods along and goes nowhere fast - yet you can't stop watching it. Call it morbid curiousity, but you want to know what happens next. The story is not the most exciting, but the relationship between Crudup and Shelley is solid enough to wonder where it is heading. I can't recommend this movie to everyone, but Billy Crudup is hot and does a great job.....so I would recommend this for Crudup fans, like me.