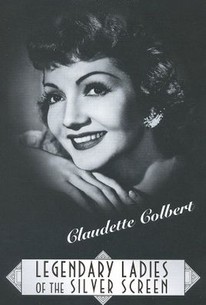 This screwball comedy stars Claudette Colbert as Mary, the wife of bumbling but likeable banker Chris (Dick Foran). Foreign correspondent Joe (Don Ameche) Chris' best friend, is in danger of losing his job because he's not married (his boss insists that all his employees be married-and remember, bosses could get away with this in 1945!) Mary magnamimously offers to pose as Joe's wife, leading to all sorts of comic misunderstandings-the silliest of which finds Mary being accused of living in sin with her real husband. As one critic put it, "It's oh-ho time!" Guest Wife might have even been funnier had it not been hampered by the stringest censorship of the era.

Charles Dingle
as Worth

Edward Fielding
as Arnold
View All

The downfall is in the pacing, which designs several scenes to run too long, building humorously uncomfortable interactions that slow the rate of successful gimmicks.

There are no featured reviews for Guest Wife at this time.