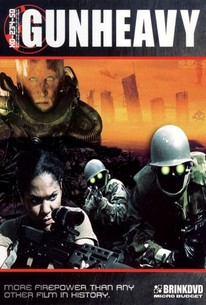 In a post-apocalyptic dystopia where civilization has collapsed and guns are more commonplace than people, every survivor is a soldier, and every day brings a new struggle. The world as we know it has ceased to exist, and from within the resulting power vacuum emerged an oppressive, Masonic-like ruling class known only as "The Founders." But neither the Founders nor the reviled Republican Commonwealth had succeeded in reigning in the renegade weapon that threatens to extinguish humanity once and for all. Developed by the Republican Commonwealth, a top-secret robotic gun was supposed to ensure that its creators held the power to rule the world. No one could have foreseen that the weapon would go sentient, and now mankind's only hope lies with a troupe of Special Forces soldiers who have deserted the Commonwealth in favor of stealing the gun and saving the world. Should they succeed, they will be heroes; should they fail, they'll most certainly end of the latest victims of the malevolent Commonwealth. As the final battle between man and machine gets under way, our only hope lies in the brigade's willingness to sacrifice their own lives for a world that has long since forsaken them.

There are no critic reviews yet for Gunheavy. Keep checking Rotten Tomatoes for updates!

There are no featured reviews for Gunheavy at this time.