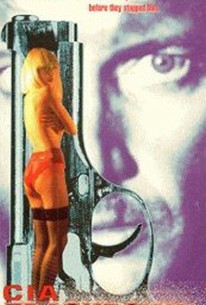 Directed by Vinci Vogue-Anzlovar, Gypsy Eyes revolves around fugitive government operative Harry Noble (Jim Metzler), who was forced to run from the CIA after a serious misunderstanding. Aide comes in the form of Katarina (Claire Forlani), a young gypsy who may be the only person Harry can trust to help mend the situation without getting killed in the process. The film also features Zachary Bogatz and George DiCenzo.

There are no critic reviews yet for Gypsy Eyes. Keep checking Rotten Tomatoes for updates!

There are no featured reviews for Gypsy Eyes at this time.