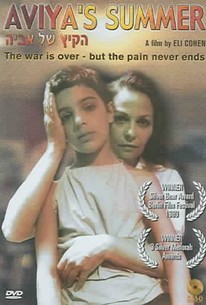 A young girl and her mother both carry the scars of their experiences during the holocaust in this drama from Israel. In 1951, Aviya (Kaipo Cohen) is a ten-year-old girl being raised by her single mother, Henya (Gila Almagor), in a small village in Israel. Henya is a survivor of a Nazi concentration camp, and has come out of the experience considerably worse for wear; she's haunted by the memories of her past, and has become emotionally unstable. Circumstances for her and her daughter are hardly improved by the poverty of the newly wounded state of Israel, and their own difficult economic circumstances. Aviya, meanwhile, is obsessed with finding her missing father, and wonders if he might be the man who has just moved into their village. Henya, however, knows better, and knows why Aviya's father is never coming back to them. The Summer of Aviya was based on a novel by Gila Almagor, who also plays Henya; a sequel, Under the Domim Tree, was released in 1995. ~ Mark Deming, Rovi

There are no critic reviews yet for Ha-Kayitz Shel Aviya (Summer of Aviya). Keep checking Rotten Tomatoes for updates!

One of the better films to come out of Israel during the eighties. The aftermath of the holocaust and the pains of the foundation of the state of Israel form the backdrop to the personal journey of a young girl searching for family and a well rounded life.