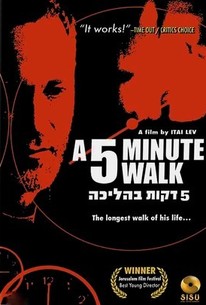 Quite a bit can happen over the course of twenty-four hours, as evidenced in this film concerning an honorable Tel Aviv police detective who finds himself suddenly colored as a criminal just as he prepares to put away a notorious drug dealer and pimp. If police detective Amir Samo could end the day by putting away dope-dealing pimp Tziki, he may finally find the redemption that he's been searching for all these years. And Tziki's incarceration should have been a sure deal, too, though just as the case is set to be closed Samo receives some devastating news: two of Tziki's girls have just filed a sexual harassment claim against Samo, and as a result the detective is placed on an immediate leave of absence. Subsequently shunned by his superiors and smeared in the press, Samo becomes the laughing stock of the criminal underworld. The only place where Samo feels safe anymore is his neighborhood pub, though on this day not even elegiac barmaid Michal seems able to muster much sympathy for the disgraced detective. Michal has just dumped her boyfriend, a filmmaker who is currently working on a film based on the couple's experiences together. ~ Jason Buchanan, Rovi

There are no critic reviews yet for Hamesh Dakot BeHalicha (A Five Minutes Walk). Keep checking Rotten Tomatoes for updates!

There are no featured reviews for Hamesh Dakot BeHalicha (A Five Minutes Walk) at this time.