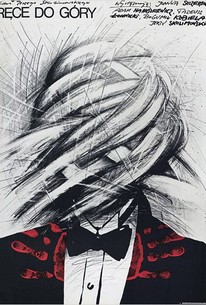 Polish filmmaker Jerzy Skolimowski directed Hands Up in 1967; he also wrote it, handled the art direction, and played a leading role. Skolimowski portrays Andrzej Leszcyzc, one of several doctors attending a medical school reunion in a sealed-up railway carriage. Between drinks, the disenchanted medicos ruminate over the effect that communism (particularly the Stalinist brand) has had on their profession. Never mind that Russia had just gone through an extensive de-Stalinization program; the Polish authorities found Skolimowski's message offensive, and banned Hands Up outright, compelling the director to seek out creative freedom in other countries. The film was not released until 1981-just in time for martial law to once more rear its ugly head in Poland. ~ Hal Erickson, Rovi

Critic Reviews for Hands Up! (Rece do góry)

Though thought provoking and raising worthy questions about the role of art in world affairs, viewing it at this late date didn't arouse much excitement for me.

Audience Reviews for Hands Up! (Rece do góry)

There are no featured audience reviews yet. Click the link below to see what others say about Hands Up! (Rece do góry)!

Hands Up! (Rece do góry) Quotes