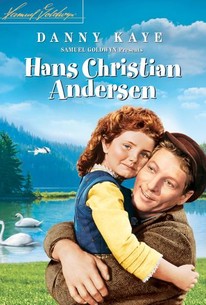 Danny Kaye stars as the famed Danish storyteller Andersen in this musical written by Moss Hart.

Danny Kaye is refreshingly re strained in the title role, and Jeanmaire is excellent while dancing.

This largely fictionalized musical biopic of the famous writer was one of Danny Kaye's most popular films, nominated for multiple Oscars.

I found this movie ho-hum. Sure, it is fun to watch Danny Kaye do a great job. I wasn't as impressed when I was busy watching the story of Hans the Cobbler and a 20 minute ballet broke out.