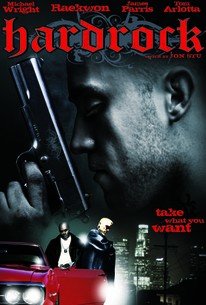 Two rival drug dealers are forced to forge an unlikely alliance in order to keep the streets from erupting into a deadly bloodbath. The daughter of a prominent judge has died after consuming tainted ecstasy at a New Year's Eve party, and now a political battle is sweeping through the streets. Now, in order to avoid being sent to prison or worse, two of the city's biggest dealers strike an unusual deal with the most powerful supplier around. Given the choice between scouring the streets to find the tainted batch or taking the fall to become the scapegoat, these two sworn enemies will face off against rival street gangs and cold-blooded assassins in order to clear their names and stay on top of the game.

There are no critic reviews yet for Hardrock. Keep checking Rotten Tomatoes for updates!

There are no featured reviews for Hardrock at this time.